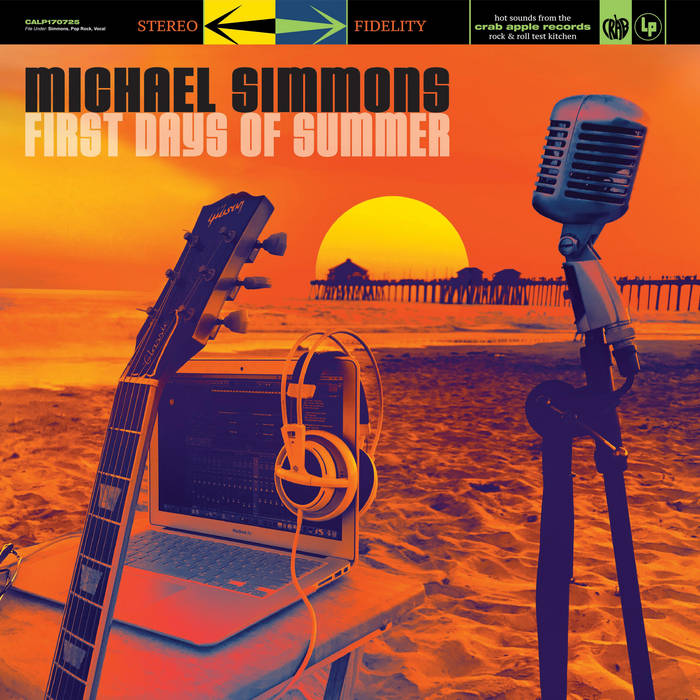 craigsmullins This isa great record. It sounds like 70's AM radio and that is a very good thing! Favorite track: Get Back What You Put In.

With the release of First Days of Summer, power-pop veteran (sparkle*jets u.k., Yorktown Lads) Michael Simmons delivers his first album of original music released under his name in 20 years. With his demanding day-job in education, there are only a few days each year where the pressure is off. It's these first days of summer when, just maybe, some songs might pop out. The first three came in late June 2015, and two more in late June 2016. As June of 2017 rolled around, he was so enamored of the idea of putting out new music that seven more songs came in the space of a week, and suddenly he had an album!

Written, performed, engineered, designed, and produced by Michael Simmons during the first days of summer, 2015-2017 in the kitchen at Crab-Apple-On-Sea, Huntington Beach, California.

Thanks to family, friends, and all the people that support me professionally and personally. Special thanks to Susan West & Jamie Knight for their support on this project, John Borack for his friendship and advice, Jade Trazo for the photo shoot, Jeff Charroux who came down to HB and helped birth this thing, the MMET students and staff, my bands sparkle*jets u.k., Yorktown Lads, and Popdudes, and the magical talent of Anthony/Matt/Cameron/Addison/Tom/Robbie for lending their special magic. Also, a shout out to Jim Prell, Michael McCartney, Adam Waltemire, Mike Lidskin, and all the folks that play and support my music on the radio.

Bandcamp Daily  your guide to the world of Bandcamp

Featured sounds from Fly Lo and Ahmed Idris, plus Mother Nature hops on to drop off new project